With her “15 minutes,” a woman could net more than a 15% savings on her car insurance.

The Missouri Court of Appeals has upheld a decision ordering GEICO to pay a woman $5.2 million in damages due to contracting a sexually transmitted disease while having unprotected sex with a man in his vehicle.

The woman, who is referred to as M.O. in the court documents, claimed that she contracted human papillomavirus (HPV) in 2017 while the two were having sex in his 2014 Hyundai Genesis. 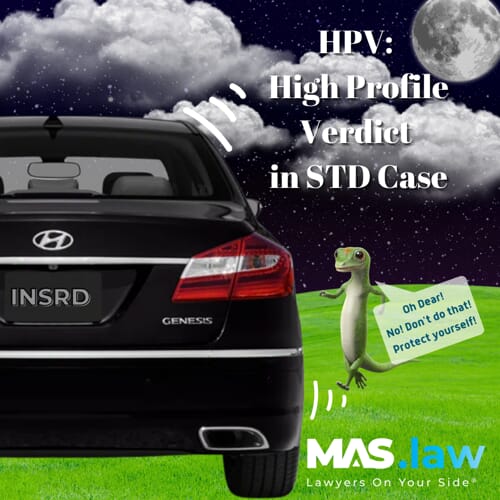 The woman has alleged that the man, referred to as M.B., knew that he had HPV but did not disclose the information and, as a result, was left with “past and future medical expenses” and “mental pain and suffering.”

In 2018, after learning she had contracted HPV, the woman pursued legal action against the man, seeking a claim of $1 million dollars in damages due to “negligence and negligent infliction of emotional distress,” of which GIECO, the man’s car insurance at the time, would be on the hook for.

GEICO immediately rejected the claim, stating that the auto coverage does not apply because the “damages claimed did not arise out of normal use of the car.”

In May 2021, arbitration between M.O. and M.B. ended, and M.O. was awarded $5.2 million with the arbitrator stating that the sex in the vehicle had “directly caused or directly contributed to cause” the woman to contract HPV.

Afterwards, the woman went to the circuit court in Jackson County, MO, to have the arbitration ruling enforced, and GEICO was ordered to pay the woman $5.2 million in damages.

The insurance company immediately appealed the judgement to the higher state court, trying to have it tossed out and a new hearing scheduled, but the Missouri Court of Appeals upheld the decision of the lower courts, stating that “GEICO had no right to re-litigate “ liability and damages that had been determined by an arbitrator and confirmed by the trial courts.

GEICO has filed a federal suit against both M.O. and M.B., arguing that the insurance company is not liable for the woman being infected with HPV, nor does it have any responsibility to defend the man from her claims. Further stating that “…the vehicle’s covered use did not cause M.O.’s alleged injuries; instead, her injuries arose from an intervening cause – namely, her failure to prevent transmission of STDs by having unprotected sex.”

The federal case, set for October of this year, will take place in Kansas City.